How to rev up informal industry in Kenya

This article first appeared in my weekly column with the Business Daily on May 28, 2017

According to the World Bank, labour productivity in Kenya is significantly higher in the formal than in the informal sector. Labour productivity, as measured by sales per worker, is higher in formal firms and thus unsurprisingly, more productive firms pay higher wages. This means the informal sector does not truly generate wealth for the 90 percent of Kenyans employed there. Additionally, in the formal manufacturing sector, job security is relatively high, with more than half of employees holding a permanent job. Contrast this with the informal sector where jobs tend to be seasonal with no benefits, poor working conditions, little social protection and low wages.

Thus given that informal manufacturing is both the most productive and the sector expanding the fastest, why aren’t these features correlated with income and firm growth, and the creation of more jobs? This conundrum can be understood by unpacking three structural factors that work against the sector: capital, skills and business environment.

In terms of capital, internal funds serve as a source of financing for working capital for 86.8 percent of informal firms. Mainstream financiers, MFIs included, are reluctant to lend to the informal sector. Secondly, informal manufacturers tend to be inadequately skilled in terms of technical skills (i.e. carpentry, welding, use of technology etc), as well as financial and business management skills. Thirdly, informal firms work in a very difficult business environment. They have limited access to land and are targets for bribery and corruption; 60 percent of informal firms report harassment by government officials. The business environment is particularly onerous for informal manufacturers who work in very congested and dilapidated shacks with no protective gear, no water and sanitation systems, unreliable electricity and lighting, and no security provisions.

All these factors explain why many firms remain informal and never scale and formalise and thus are stuck in a rut of low productivity and profitability. That said, informal manufacturing is a bright spot in the informal economy and thus can be the starting point for interventions aimed at increasing profitability and productivity. By addressing the three factors of capital, skills and business environment, informal manufacturers which are already star performers in the informal economy, can be an avenue for creating better managed business that generate wealth and employment for the country.

What China’s One Belt, One Road initiative means for Africa

This article first appeared in my weekly column with the Business Daily on May 21, 2017

Last week China announced a plan to build a vast global infrastructure network linking Africa, Asia, Europe and the Middle East into ‘One Belt, One Road’. China plans to spend up to USD 3 trillion on infrastructure in an effort that seems to be centred more on linking 60 countries in the world with China, not necessarily each other. This One Belt initiative is perhaps part of China’s determination to position itself as the world’s leader in the context of Trump’s insular USA. This initiative has two-fold implications for Africa: the opportunities and potential problems that it creates.

Secondly, this is an opportunity for Africa to negotiate the specifics of the type of infrastructure the continent requires and create a win-win situation where Africa leverages Chinese financing to not only address priority infrastructure gaps, but also better interlink the continent.

However there are multiple challenges the first of which is that Europe, India and Japan seem edgy about this initiative and have distanced themselves from it. According to India’s Economic Times, India and Japan are together embarking upon multiple infrastructure projects across Africa and Asia in what could be viewed as pushback against China’s One Belt initiative. The countries have launched their own infrastructure development projects linking Asia-Pacific to Africa to balance China’s influence in the region.

Secondly, analysts have pointed out that from an Africa perspective, the One Belt seems to continue the colonial legacy of building infrastructure to get resources out of the continent, not interlink the continent. Will the initiative entrench Africa’s position as a mere raw material supplier to China and facilitate the natural resource exploitation of the continent?

Additionally, there are concerns with how the financing will be structured and deployed. Will financing be debt or grants? It can be argued that China needs to increase its free aid toward Africa in order to build its image as a global leader. Further, who will build the infrastructure? Africa has grown weary of China linking its financing to the contracting of Chinese companies. Will this infrastructure drive employ Africans and use African companies? If not, then it can argued that Africa will merely be borrowing money from China to pay itself back.

Linked to the point above, is the fact that Africa is already deeply indebted to China. In Kenya, China owns half of the country’s external debt. Kenya will pay about KES 60 billion to the China Ex-Im Bank alone over the next three years.  Kenya and Africa do not need more debt from China, and if this initiative is primarily debt-financed (in a non-concessionary manner), it will cause considerable concern in African capitals.

On May 15, 2017 I was part of a panel discussing food security in Kenya with a focus on maize.

The cost of living question in Kenya

This article first appeared in my weekly column with the Business Daily on May 14, 2017

Over the past few weeks there has been deep concern voiced by Kenyans with regards to the rising cost of living in the country. Kenyans want to know why their money doesn’t go as far as it used to in the past.

There are several variables at play here the first of which is a no-brainer: the drought. The drought has had the effect of destroying food crops and livestock leading to cuts in the supply of food products. Yet the demand for food expands each year as new Kenyans are born. The drought has created a situation where food demand far outstrips supply leading to an increase in food prices and food price inflation.

The second factor at work is the fact that Kenya is an import economy of which food products are a key import. With the strengthening of the dollar as the US economy recovers, the relative depreciation of the shilling (albeit marginal), is making imported goods more expensive and slowly exerting inflationary pressure on food prices.

Thirdly, the interest rate cap has led to a noticeable decline in lending. And although the cap counters inflationary pressure through a contraction in liquidity, the cap means the small loans Kenyans used to qualify for to meet urgent expenses are no longer coming in. As a result, the reduced cash flow for the average Kenyan means that they have to make the little they earn stretch even further as they do not have the cushion of short term loans on which to rely. The effect is that Kenyans feel more broke now than they did last year.

Finally, it would not be a stretch to surmise that there are more Kenyan Shillings moving around in the economy due to the election. Money is being spent on election related expenses that are not present during a non-election year. To be clear, there is no hard data on this which is a shame; there should be a study to assess the extent to which election spending pushes up inflation. I raised this concern with an expert a few years ago; I asked him how the government will manage the likely inflation linked to ‘artificial’ election-related spending. He told me that it would correct itself in the medium to long term as that extra liquidity leaves the economy post- election.

The factors detailed above inform why there seems to a money crunch for many Kenyans. And sadly, the interest cap has shut off the tap of liquidity on which Kenyans use to rely in times like this.

The truth of the matter is that there are no quick and ready solutions to this issue and short term remedial action will not address the structural problems of Kenya being an import economy and the ravaging effects of the drought where millions, if not billions, of shillings in agricultural assets have been lost. And since it is an election year, the related spending will continue and there will likely not be the will to reverse the interest rate cap–not until elections are over.

Government and non-government actors should take this time to assess the various issues elucidated above and develop strategies to buffer Kenyans from the confluence of factors currently making life difficult for so many Kenyans.

TV Panel feature on the cost of living in Kenya

This article first appeared in my weekly column with the Business Daily on May 7, 2017

The management of public funds is an issue about which the Kenyan populace is passionate. However, the conversation on financial accountability in Kenya tends to be focused on National Government only. While this is right and warranted, Kenyans ought to extend the scrutiny on the accounting of public finances to county governments as well. One of the main purposes of devolution was to bring public finances closer to citizens in a manner that would allow them to have a say in how county budgets were planned for and used. This does not seem to be happening.

As the research firm International Budget Partnership (IBP) points out, the constitution of Kenya and the 2012 Public Finance Management Act (PFMA) require each of Kenya’s 47 counties to publish budget information during the formulation, approval, implementation, and audit stages of the budget cycle. In February 2017, IBP assessed documents related to budget estimates and implementation by county governments that were meant to be produced and made available on their websites between July and December 2016. IBP found that only 2 counties, Elgeyo Marakwet and Siaya, had approved budget estimate documents available on line. In terms of budget implementation documents, IBP found again, only two counties, Baringo and Kirinyaga, had published their first quarter implementation reports for 2016/17 online.

Secondly, although the lack of information does not automatically mean funds are being embezzled, the lack of budget reporting facilitates embezzlement.  The fact that most county governments are not accounting for funds, as per the PFMA, provides leeway for unauthorised spending by county governments. 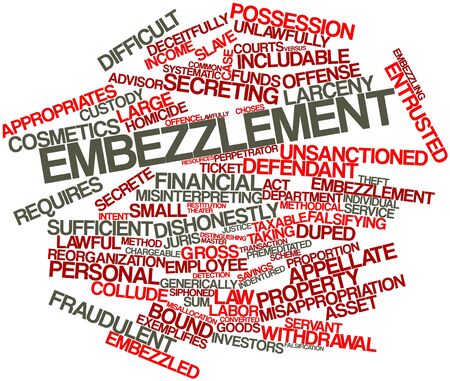 As Kenyans gear up for elections in August, they should demand considerable improvements in the accounting of public funds by their respective county governments. Aspirants should be taken to task on how they will ensure that the citizenry is fully aware of budget use and that all documents are made public within the stipulated timelines.

On May 1, 2017, I was part of a panel on NTV talking about labour and employment issues in Kenya

Anzetse Were
Create a free website or blog at WordPress.com.