How Kenya can restructure fiscal policy in the next 5 years

This article first appeared in my weekly column with the Business Daily on August 27, 2017

Fiscal policy in Kenya over the past 5 years has been characterised by several features the first of which is aggressive growth in expenditure. Cytonn Investment makes the point that over the past 6 years, total expenditure in annual budgets have grown at an average of 14.7 percent yet revenue growth has only increased by 12.7 percent. This has led to more borrowing and expanding fiscal deficits with an increase in debt levels from 40.7 percent debt to GDP in 2011 to the current 54.4 percent. While some argue that Kenya’s debt is not at distress levels, if current patterns of spending continue the distress point will be quickly reached. Thus, it is important to ask how policy should be structured over the next 5 years to put the country on a more sustainable fiscal path.

At national level, fiscal focus should target cutting non-essential expenditure; government needs to be very firm on this and make the hard decisions required to prevent profligate spending, particularly in recurrent expenditure. Cytonn makes the point that recurrent expenditure accounts for 58.8 percent of the 2017/2018 budget. One way to address this issue is through robust support to the Salaries and Remuneration Commission (SRC) to cut salaries and better align compensation packages to reflect the economic reality of a developing African economy. The current association between public office and wealth accrual needs to be severed and stern fiscal policy backed by political commitment can make this happen. Further, a keener eye should be cast over the efficiency of government spending; procurement at national and county must focus on value generated for funds spent. Without doing so, Kenya will find itself on a path where careless and inefficient spending leads to debt accretion that doesn’t stimulate the economic growth required to meet debt obligations.

Secondly, revenue generation needs to be ramped up; expenditure is growing at 14.7 percent and revenue collection by only 12.7 percent.  Revenue collection has to grow faster than expenditure if the country is to have greater funds available for public investment. One way to do this is by better supporting the KRA to prevent illicit financial flows from the country; a serious problem for African countries. The United Nations Economic Commission for Africa estimates that Africa loses more than USD 50 billion through illicit financial outflows per year. Devex points out that companies evade and avoid tax by shifting profits to low tax locations, claiming large allowable deductions, carrying losses forward indefinitely, and using transfer pricing. Government ought to undertake an audit of tax policy, restructure outdated tax laws and correct faulty tax arrangements with multinational companies; KRA needs to be supported to improve enforcement of these laws.

At county level, fiscal policy needs to be characterised by, again, cutting down on unnecessary spending. County governments have to take the initiative on this and so far there have been encouraging signs of newly elected governors choosing to fully or partially redirect massive inauguration budgets to more productive areas; this should be encouraged. Further, county government budget processes ought to be more transparent; at the moment there are significant gaps in understanding how county budgets are formulated and implemented. More counties should follow in the footsteps of Elgeyo Marakwet county and develop a transparent, formula-based budget development process that prevents elite capture in budget formulation and deployment.

This article first appeared in my weekly column with the Business Daily on August 20, 2017

It is not a secret that the current and previous Kenyan governments (Kibaki and Kenyatta administrations) have prioritised investment in and the development of infrastructure. Kenya has prioritised infrastructure spending and development for the past 15 years. As the Brookings Institution points out, there is the view that investment in infrastructure- energy, transport, communication, irrigation, and water supply- propels economic output. The direct effect is raising the productivity of land, labour, and other physical capital. For example, steady supply of electricity reduces disruptions and time wasted at the work place. It complements the contributions of education, health, marketing, and finance. Infrastructure investment is seen as a foundation for and enabler of economic growth.

Government has allocated a significant percentage of annual budgets to infrastructure. Indeed, between FY 2016/17 to FY 2019/20, the government committed about 30 percent of total budget expenditure to infrastructure; compare this to 2.8 percent to agriculture. The concern is that despite this fiscal commitment, we have not seen the attendant economic growth; the economy has never even pretended to reach the 10 percent target of Vision 2030. So this begs the question as to what Kenya is getting wrong. Why isn’t infrastructure investment notably boosting economic growth? There are several reasons that provide insights to answer this conundrum.

The first, harsh, reality is that the link between infrastructure and economic growth is more tenuous than previously assumed. The London School of Economics points out, the most recent studies on the magnitude of infrastructure’s contribution to growth tend to find smaller effects of infrastructure investment on growth than those reported in the earlier studies; this is linked to improvements in methodological approaches. Kenya shouldn’t assume that infrastructure investment and development will automatically lead to significant improvements in economic growth. Yes there is a link between the two, but less pronounced than was previously assumed.

It is therefore crucial that the government undertakes a thorough analysis on the nature, scale, efficiency and impact of infrastructure investment and developments made thus far so that the required improvements can be effected.

Economic Agenda for the Incoming Government

This article first appeared in my weekly column with the Business Daily on August 13, 2017

With elections complete, it is time to focus on how the next five years can be fully leveraged towards making concrete socioeconomic gains in the three main sectors of Kenya’s economy.

The first economic setor is agriculture which constitutes 35 percent of the GDP and 61 percent of total employment. One problem with this sector is that on one hand the export-oriented segment of sector is very productive and profitable, yet domestic food security is still a major concern. Tea was the largest export earner for the country in 2016 alongside coffee and horticulture, yet domestic food consumption is constrained by subpar production exemplified by the maize crisis which was exacerbated by a severe drought. The next administration should focus on several issues: first is increasing allocations to the sector from the current 1.8 percent of the budget to, at a minimum, the African average of 4.5 percent. Secondly, effort must be made to address the challenges in sector coordination between national and county governments; clear roles and responsibilities must be delineated for each level of government. Finally, there ought to be a focus on active learning from productive agriculture sectors and lessons shared with less productive sectors with a focus on smallholder farmers. 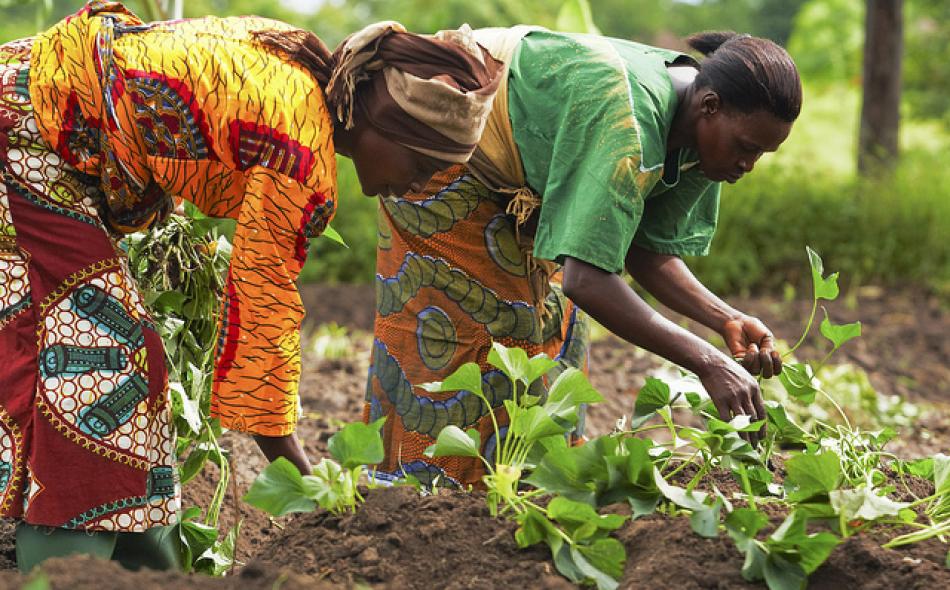 The second sector is manufacturing which is a mere 9.2 percent of GDP; the share of manufacturing in GDP has actually declined over the last five years and the sector formally employs only 300,000 people. Manufacturing can play a central role in driving economic transformation and job creation in Kenya as there is a window of opportunity for Kenya to capitalise on positive underlying factors in the global economy, including rising wages in Asia, the rebalancing underway in China, and expand Kenya’s capabilities and presence in export-oriented, labour-intensive manufacturing within the next 20 to 30 years. The incoming administration ought to make sure that the country’s manufacturing strategy as articulated in the Kenya Industrial Transformation Programme be prioritised in the implementation of the third Medium Term Plan of Vision 2030 due to start in 2018.

The third sector is services which is currently driving Kenya’s economic growth, constituting about 55-60 percent of GDP. Leading sub-sectors include food and accommodation, ICT, real estate and, transport and storage. However, the key service sub-sectors that ought to be prioritised are education and healthcare. Interventions in health should focus on better fiscal support to the sector. In FY 2017/18 donor funding of development expenditure in healthcare is estimated to be up to 63 percent; such dependence is concerning. Secondly, there should be an emphasis on building the capacity of county governments, especially in terms of technical and administrative human resources, to better meet the health needs of their constituents. In education the focus should be on better aligning curricula and training to better meet labour market needs as well as reorient the country’s economic structure to one in which manufacturing plays a larger role. Finally, county governments ought to be supported in better equipping and expanding the reach of Technical and Vocational Educational Training Institutions (TVETs) and link students to practical apprenticeships at county level.

Use imports to develop domestic manufacturing

This article first appeared in my weekly column with the Business Daily on August 6, 2017

Kenya is an import economy; we import just about everything from garlic and oranges to construction materials and heavy industrial machinery. The general view, which I largely accept, is that an import economy constrains economic growth and development due to several reasons. The first is that, an import economy dampens the ability of local manufacturing to meet the needs of the local market; instead foreign nations meet the country’s needs. As a result, imports lock out local manufacturers from benefitting from domestic demand. Secondly an import economy essentially creates a situation where domestic demand generates jobs and income for foreign countries. As a result, local job creation is muted because the market has been captured by foreign entities.

That said, since Kenya is an import economy it is important to find means through which the situation can be leveraged for economic growth as there are some benefits to the status quo. The first is that an import economy creates market capture that can be exploited by domestic industry. In being an import economy, it is clear which products Kenyans buy and the related market size for each product type can be easily estimated. This provides a basis on which government can launch effective import-substitution strategies as there is a sure bet market to which local industry can sell if their goods are of similar use, quality and value.

Secondly, innovation is garnered through imports. As an import economy, the country gets a clear sense of the new ideas as well as the standards and features that sell in domestic, regional and international markets. When a Kenyan buys a snack made in Italy, it provides local snack manufacturers an opportunity to see the quality of snacks that garner an international market. Thus imports provide a source of innovation and standards that can be emulated by local manufacturers.

Thirdly, because an import economy is flooded with products from around the world, it provides an opportunity to create export-oriented manufacturing where local manufacturers learn about what products sell regionally or internationally. Thus imports provide the foundation for creating a manufacturing sector that is export-oriented. Through learning about standards and innovation in the point elucidated above, local manufactures have a clear idea of what sells on the international market. Thus, through the analysis of imports, government can determine priority industries in the country and track imports in those industries to get a clear idea of what type and quality of product can be the foundation for the  country’s on own export push for manufactured products.

Thus imports can be leveraged for both import-substitution AND export- orientation strategies; the two are not mutually exclusive. However, the negative effect of imports can only be mitigated if there is deliberate effort both from government and manufacturers to exploit the gains that imports provide. In doing so, Kenya can transition from being a country reliant on imports to one where local manufacturers regain domestic market share and also build export capacity and sales.