Logic of tax increases in Africa is weak

This article first appeared in my weekly column with the Business Daily on February 3, 2019

Last week the World Economic Forum met at Davos in its annual tradition. An interesting conversation that garnered global attention was the panel on global inequality and how this can be addressed. A key theme that emerged during the conversation was taxes and the role they can play in addressing inequality. Key issues emerged that are pertinent for the continent.

The first was the private sector and high net worth individuals (HNWI), globally, and their tax liabilities. There is a sense that private sector and HNWIs, are underpaying in terms of tax. This is due to combination of factors: regimes that undertax HNWIs and the private sector, and tax evasion by HNWIs and private sector. In terms of the related issue of tax evasion, in Africa this tends to fall under the broader conversation on illicit financial flows and specific private sector behavior such as transfer pricing. The best known report is that by the United Nations (UN) Africa Renewal project which states that between USD 1.2 trillion 1.4 trillion has left Africa in illicit financial flows between 1980 and 2009- roughly equal to Africa’s gross domestic product, and surpassing by far the money it received from outside over the same period. So what is being argued is that both HNWIs and private sector, particularly large players such as multinational corporations (MNCs), use existing legal loopholes to circumvent their tax obligations to governments. Combine that with the ease with which tax can be evaded in many African countries, and the conclusion is that African governments are being denied revenue owed to them.

The argument is that is it important to both increase tax especially on HNWIs and stem illicit financial flows to ensure that governments get their due payments and have more revenue at their disposal. Governments would then be able to use this revenue to invest in education, healthcare, infrastructure etc., all of which would drive growth in a more equitable manner. On paper this sounds good, but the reality in Africa is different. 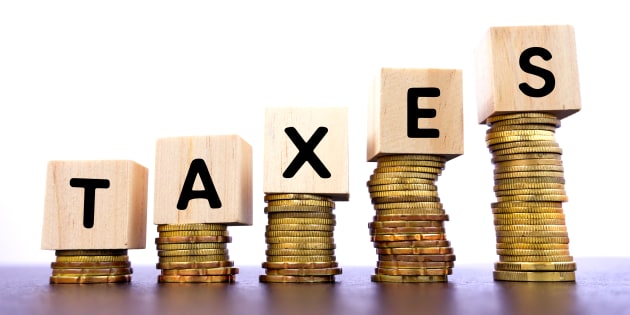 The logic of pushing for higher taxes or stemming tax evasion and illicit financial flows in Africa is weak as long as many African governments consistently demonstrate they are not responsible and accountable custodians of public funds. It will be difficult to convince Africans, private sector and individuals, that they should pay more taxes when it seems they are just providing more public funds to be stolen. In Kenya, the Office of the Auditor General routinely tables billions of shillings that are unaccounted for on a yearly basis. If government cannot account for the funds already under its control, why should they be provided with more? It seems that increased government revenue in many African countries would certainly not translate into public investment in the people and country.

There is a lack of strategic thinking when African governments table tax increases or argue for more revenue but don’t address their ‘expenditure problem’. Do not expect support for increased taxation or revenue inflow as long as Africans continue to feel consistently defrauded by government. The best way for government to incentivise tax payment and increase revenue from tax, is to first consistently demonstrate that they are responsible and accountable custodians of public funds. There are no shortcuts on this one.

This entry was posted in Uncategorized.