Why Kenyans and Africans do not to feel economic growth

This article first appeared in my weekly column with the Business Daily on April 28, 2019

As a development economist, I am often asked why Kenyans and Africans often do not feel the effects of the economic growth of their countries. Last year Kenya’s economy grew at about 6 percent, East Africa’s at 6.1 percent, and Africa’s at 3.2 percent. Yet, many are of the view that incomes continue to be strained and financial stress more accentuated. So where does all the growth go? There are several factors behind the disconnect between economic growth and feelings of economic welfare in Africa.

The first is that, in some countries, while the economy is growing, GDP per capita growth is in negative figures. GDP per capita basically divides the country’s GDP by its total population. Some argue that it’s a useful gauge to determine how prosperous a country feels to each of its citizens. To be clear there are problems with using GDP per capita alone to determine economic well being as it does not account for purchasing power parity or inequality, but it does give a general sense of whether the economy is growing such that each citizen has more when the total GDP is divided evenly. And here Africa has a mixed picture; while most countries are registering increases in GDP per capita, some are not. Some Africa countries have negative GDP per capita growth which means GDP growth is not keeping pace and in some cases, citizens are economically worse off than the years before. 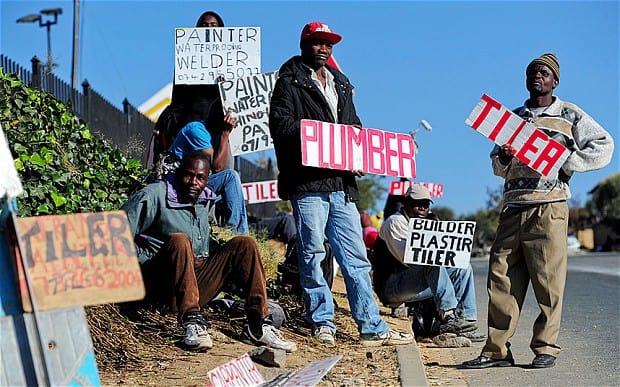 But this is not the case in most of Africa, and certainly not East Africa. GDP per capita has been growing in most of Africa and East African economies are top performers according to some estimates. Kenya has certainly been registering positive GDP per capita growth. So the question is why, even in cases where the economy is growing well, and GDP per capita is increasing, do most Kenyans and Africans not feel these effects? The simple answer is income inequality but in Africa, it is useful to unpack this through the lens of informality.

This imbalance is why many do not feel the effects of economic growth. The returns of the hard work and effort of millions of Kenyans and Africans in the informal sector are paltry and keep most at a subsistence level of living. The irony is that despite being the biggest employer in the economy, African governments continue to neglect this sector. The economic welfare of Kenyans and Africans would improve if the informal sector was provided with the concerted support it requires to become a powerful engine of economic growth everyone can feel.

A few weeks ago I sat with Aly-Khan Satchu  on Metropol TV (Kenya) to discuss the domestic and regional economy. We discussed the Big Four Agenda, factors that prevent EAC economic cooperation, the shifts and emerging economic challenges in Ethiopia, and Ghana.

This article first appeared in my weekly column with the Business Daily on April 14, 2019 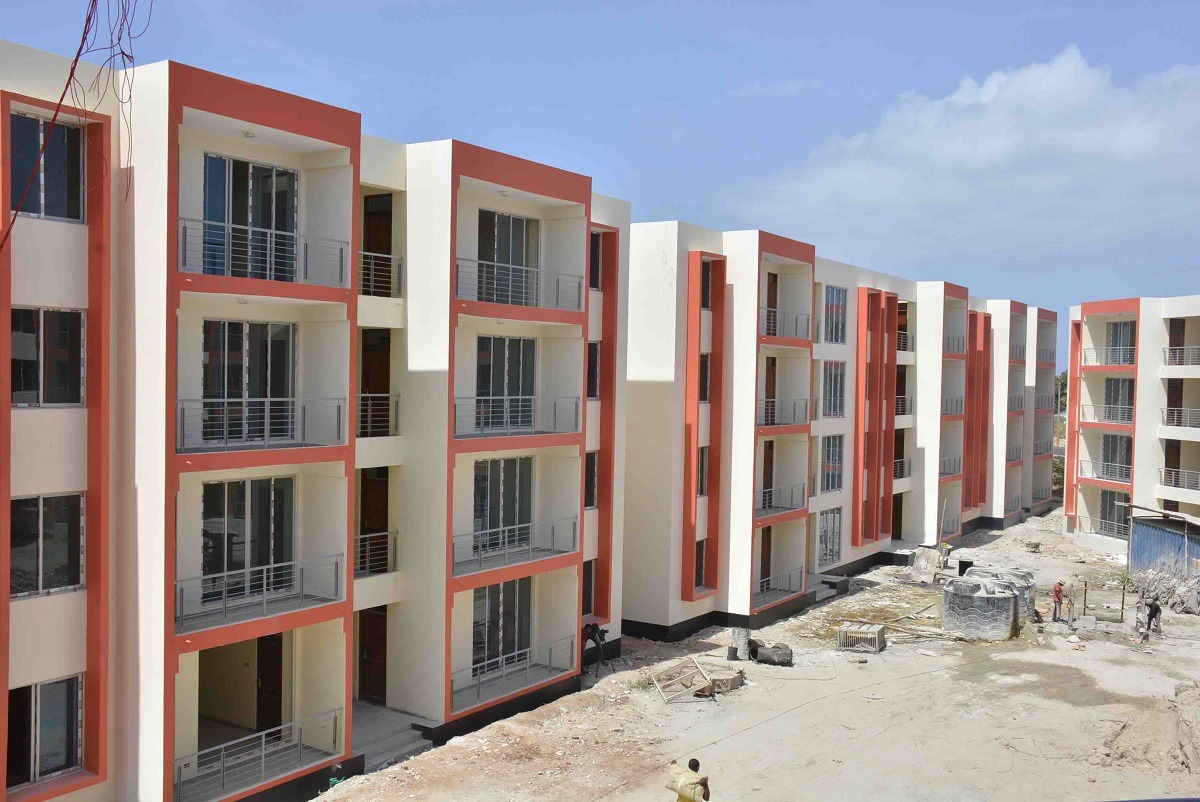 The first is to address the exorbitant cost of land in major urban nodes. In this regard, government has indicated a certain level of commitment in the allocation of land for affordable housing developments. However in the long term, urban planning by government has to take a long-term outlook on the development of urban areas and consistently allocate land designated for affordable housing. All rapidly urbanising counties ought to set land aside and then contract private sector to construct the affordable housing units. This will relieve private developers of the cost and hassle of the purchase and transfer of title and thus lower costs in the long-term.

Secondly, there is a need to lower the cost of the manufacture of construction materials. In addition to addressing issues systemic to manufacturing such as lowering the cost of electricity, incentives specific to lowering the cost of locally manufactured construction materials ought to be applied. The Kenya Property Developers Association (KPDA) which represents the residential, commercial and industrial property development sector in Kenya, has an Affordable Housing Taskforce which recommends that government zero rate locally manufactured products used in affordable housing developments.

Thirdly, the domestic private sector ought to be listened to with regards to their ideas on how to stimulate their ability to construct affordable housing on a long term basis. In terms of fiscal incentives, KPDA’s Affordable Housing Taskforce suggests that corporate tax be reduced to 15 percent for approved affordable housing projects and that financing spent on infrastructure linked to affordable housing, be treated as capital expenditure and set off at 100 percent against the tax payable as a capital allowance. With regards to costs linked to regulatory compliance, the suggestion is that government establish a One Stop Shop for all affordable housing approvals and standardise all construction related fees by county governments.

If Kenya is to play the long game in stimulating the consistent supply of affordable homes, government ought to leverage its current focus on the sector and determinedly resolve the factors that prevent private sector from effectively servicing this market segment. In government addressing the structural constraints linked to affordable housing, private sector will be able to more effectively construct homes that Kenyans can afford on an ongoing basis.

On April 5, 2019, I spoke to Rachelle Akuffo of CGTN America about the current state of Kenya’s economy.

How Kenya can Leverage the Youth Dividend

This article first appeared in my weekly column with the Business Daily on April 7, 2019

The average age of an African is 18, and the average age of a Kenyan is 19. While there has been an appreciation of how such a young population can be a demographic dividend or liability, far less attention has been focused on making sure the former happens. And the reality is that channelling the productive and energetic forces of young Africans is a multi-disciplinary challenge. Government has to better embed inter-ministerial activity such that young people are sufficiently nourished and of good health and then effectively linked to appropriate educational programs and then linked to the labour market. Private sector has to be more effective in linking the skills required to the educational curriculum provide by both government and private sector institutions. They then have to link education outcomes to productivity and income growth such the aggregate demand of products produced from private sector consistently increases. In short, the only way Africa and Kenya can ensure that the youth are not neglected and locked out of prosperity is through interdisciplinary activity focused on coordinated private sector activity linked to coordinated government action.

A key point of focus where government and private sector activity can converge to leverage Kenya and Africa’s youthfulness is in business development. And let’s be clear on what is being proposed here. The proposition is not that every young person goes out and try to entrepreneur themselves out of poverty. That is an unfair burden not only because not every young person is an entrepreneur but also because private and public sectors, even within themselves, do not have the structures that support young entrepreneurs and are currently are not very good at scaling existing business to enhance job creation and income growth for the youth. There are two actions that can be done by both private and public sector to enhance private sector growth with a youth focus.

First, is to more deliberately support business activity by the youth. And that does not mean government Youth Funds that make requirements of young people such as forming groups in order to qualify. Such requirements are more focused on government de-risking than creating viable financing options for young and often inexperienced entrepreneurs. It is important that government, private sector, grantmakers and development finance create inter-sectoral consortiums that more effectively leverage the types and scale of support targeted at young entrepreneurs with an ecosystem of support linked to financing. This is the expensive and time-consuming side of youth business development few seem willing to do.

Secondly, is to better link youth education with private sector skill requirements. And here government and private sector really have to get out of their formal mandates and have a sincere commitment to solving this serious problem. Everyone will tell you money is the issue; that if they had more money they could do more. Well it seems the money problem won’t be fixed in the near future because of a blend of limited government budgets and private sector profit expectations. Thus what is required is an aggregator of efforts in linking education-labour market skills gaps by both private and public sectors; and this should be financed by both parties as they both stand to benefit. Let government and private sector bodies more deliberately aggregate and coordinate education and youth skills programs towards a joint objective. Perhaps in doing so youth will better linked to labour markets which can then drive productivity, profit gains and leverage the African youth dividend.

Opportunities and Risks to manage in BRI for Africa

This article first appeared in my weekly column with the Business Daily on March 31, 2019

Last week Italy became the first major European economy to join China’s Belt and Road Initiative (BRI). Italy and China signed 29 deals worth USD 2.8 billion, and while the absolute amount agreed to may not be large, this marked an ideological shift where Italy broke rank with other powers in the global north by openly endorsing BRI which has been subject to deep skepticism and criticism in both Europe and North America. Closer to home, Kenya’s Standard Gauge Railway is a key BRI project in Africa and exemplifies the opportunities and risks linked to the BRI rollout in Africa. There are two key issues to manage on both the African and Chinese side if BRI is to be effectively leveraged.

The first opportunity BRI presents Africa is addressing Africa’s infrastructure deficit. The African Development Bank (AfDB) estimates the continent’s infrastructure deficit to stand at USD 170 billion a year. BRI is a clear opportunity for African countries to meet this gap on a long term basis. Additionally, the momentum behind the African Continental Free Trade Area (AfCFTA), provides an opportunity for African governments to link the BRI to the vision to interconnect the continent and increase the movement of people, goods, products and services across Africa. 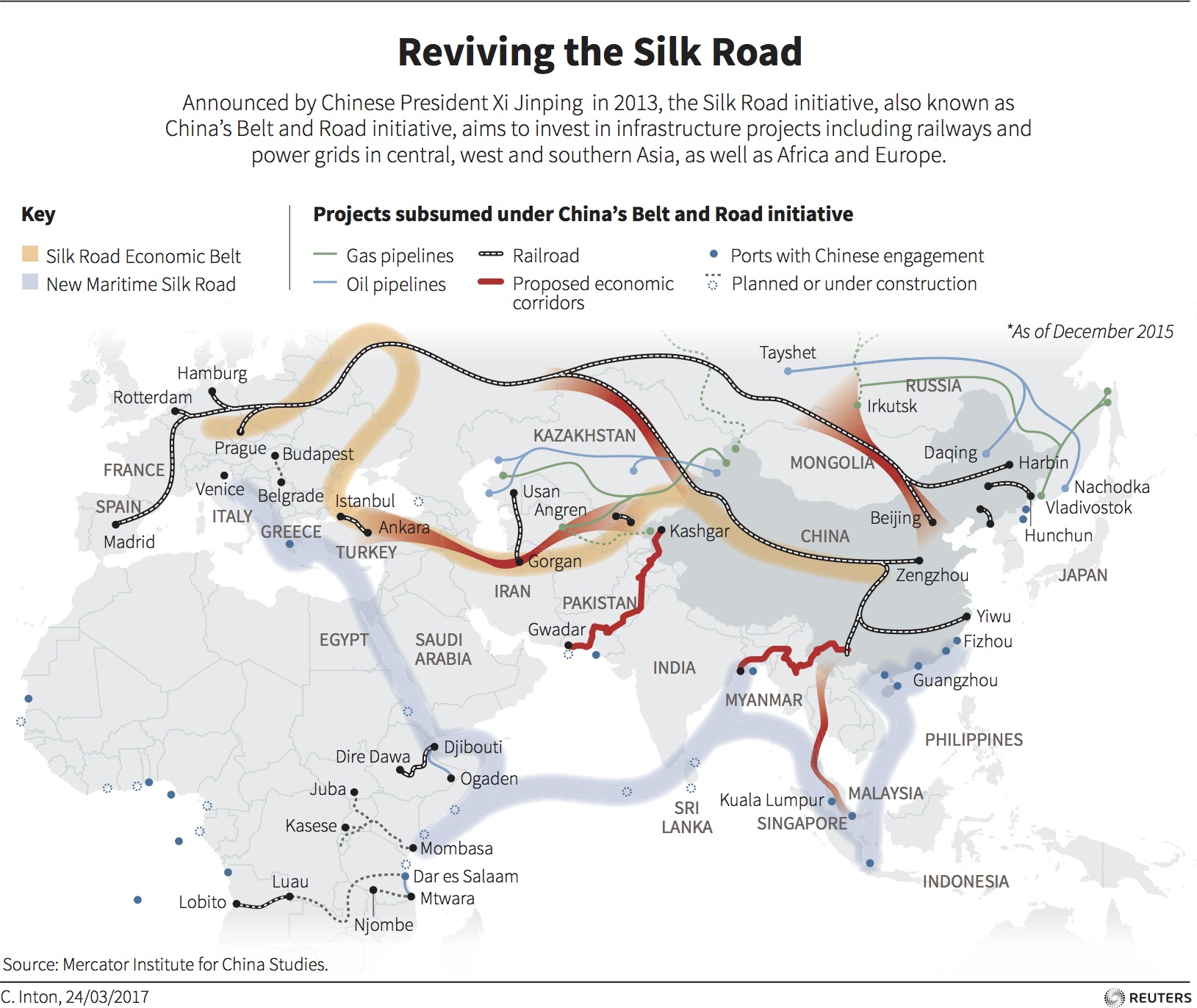 The second opportunity that BRI presents Africa is further opening the continent up to the Chinese private sector and FDI from China. After years of the Sino-African relationship being defined by government to government deals (and this still dominates), Chinese private sector is increasingly independently coming into Africa on their own terms and with their own visions. BRI opens the continent further to both Chinese FDI and private sector relocation to Africa which presents opportunities for job creation, income growth and increasing Africa’s manufacturing capacity.

BRI will best serve both African and Chinese governments and the African people if BRI deals have far more stringent controls with regards to ESG due diligence, financial feasibility and financial transparency. Additionally BRI should be more deliberately linked to AfCFTA and the continent’s vision for interconnectedness. Secondly, the Chinese government should begin to hold Chinese firms active abroad to Chinese legal and ESG requirements. This will prevent laxity on ESG standards on the part of African governments from being misused and ensure that Chinese private sector activity in Africa is holistically beneficial to African publics.